Despite the current crisis engulfing the global economy, one area of hope and genuine resilience exists in the battery technology sector.

As well as investing heavily already in the Faraday Battery Challenge, the UK Government has also reiterated EV and EV battery manufacturing as a major strategic priority going forward.

With plans for a further £1 billion (the Automotive Transformation Fund) identified to “develop and embed the next generation of cutting-edge automotive technologies”, plans for a UK gigafactory which were originally set out in the Conservative Party Manifesto 2019 have been reiterated.

Alongside this support and commitment made already, the UK Government could increase the probability of securing further gigafactories by helping to facilitate the winning of new volume EV model lines to UK-based plants. For instance, should half of the production of a single volume model of a larger vehicle produced in the UK be fully electrified, this would generate nearly enough demand for one additional gigafactory in the UK.

In practice, various promising initiatives have already been announced by UK vehicle manufacturers and driving forward the battery revolution. Jaguar Land Rover already has a portfolio of fully electric, plug-in hybrids and mild hybrids EVs and has stated that every Jaguar and Land Rover launched from 2020 will be electrified, such as the all-electric next generation XJ planned to be manufactured at Castle Bromwich. JLR also expects that their planned battery pack assembly centre at Hams Hall near Birmingham will be operational later this year. Similarly, manufacture of a fully electrified Mini has also started at the BMW Mini plant in Oxford and is already available in showrooms.

In summary, the future of UK automotive vehicle manufacturing is very much electric and witnessing exponential growth in terms of investment and development. This has led to a wealth of new job opportunities, especially with high-growth, start up organisations such as UKBIC (Battery Industrialisation Centre), Sprint Power, and Electroflight who are pioneering aerospace electric power.

All of these firms work in partnership with Consilium Recruit to achieve their hiring aims. To explore career opportunities offered by these leading technology firms or the wider EV sector, then contact Battery Technology Specialist James Colley, Director by visiting https://www.consiliumrecruit.com/jobs/ev-battery 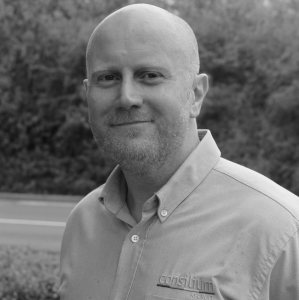