The UK manufacturing and engineering sector leads the way when it comes to championing the cause for Apprentices.

In fact recent research showed that over half (52%) of engineering professionals surveyed completed an apprenticeship, compared to just over 20% nationwide from other sectors. (CV-Library).

While the government is actively encouraging Apprenticeships via the introduction of the Apprentice Levy, many manufacturers have long realised the benefits that Apprenticeships bring, both in terms of helping business to secure a highly skilled workforce and by also boosting productivity and staff retention over the long term.

In fact, the research conducted found that 92% of those who completed an engineering apprenticeship believed that the training helped them establish their career, and a further 73% still work in the sector.

Of concern though, only 2% of those that completed an apprenticeship commented that government information had made them aware of the schemes; the rest found apprentice opportunities through individual research or family recommendations.

This suggests that despite apprenticeships having the potential to fill the sector’s skills gap, future Engineers could be missing out due to a lack of awareness of initiatives from the government.

Ultimately, to tackle this information gap, both businesses and government need to ensure they are consistently engaging with young people and demonstrating the opportunities and initiatives available to them, while promoting the benefits of a career in the engineering sector.

Ultimately, this starts in the classroom, which is why Consilium has done it’s bit by establishing a STEM Ambassador scheme that has already engaged with over 1500 school children to date.

The future of UK Manufacturing & Engineering is bright, just as long as everyone does their bit to provide support and encouragement to the emerging jobseekers that will see the government target of 1 in 5 young people entering into apprentices not just met, but exceeded. 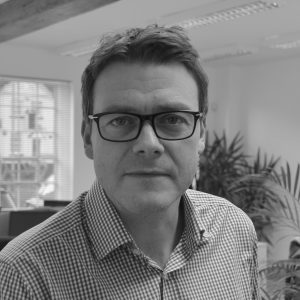